Join Todd Baron, M.D., as he leads a live educational event on the topic of optimising treatments of biliary strictures. This interactive evening of clinical discussion is designed for experienced gastroenterologists and interventional radiologists, and will center on how to optimise treatments of biliary strictures, specifically focusing on thoughts for reducing complications and optimising hospital costs. 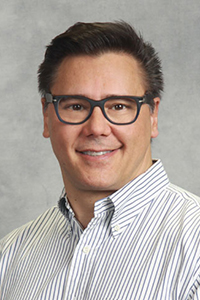 Dr. Baron received his M.D. from the University of Florida, Gainesville (1986). He completed Internal Medicine and Gastroenterology training at the University of Alabama at Birmingham (UAB), during which time he was inducted into the Alpha Omega Alpha Honor Society. He then completed Gastroenterology fellowship training at UAB, followed by pancreaticobiliary endoscopy training at Duke University Medical Center. Dr. Baron was a faculty member at UAB from 1993-1998, where he became Associate Professor of Medicine and Director of Therapeutic Endoscopy. From 1998-2013 he was a consultant at Mayo Clinic, Rochester Minnesota as Professor of Medicine and Director of Pancreaticobiliary Endoscopy, and was awarded the Henry S. Plummer distinguished clinician award. Since 2014 he has been Professor of Medicine and Director of Advanced Therapeutic Endoscopy at The University of North Carolina, Chapel Hill. Dr. Baron is nationally and internationally recognized for his skills in advanced therapeutic endoscopy. He is an active member of the American Society for Gastrointestinal Endoscopy (ASGE), which awarded him Master Endoscopist in 2010. He has published more than 600 articles in numerous peer-reviewed journals, including the New England Journal of Medicine. In addition, he is co-editor of the textbooks ERCP and Self- Expandable Stents in the Gastrointestinal Tract.